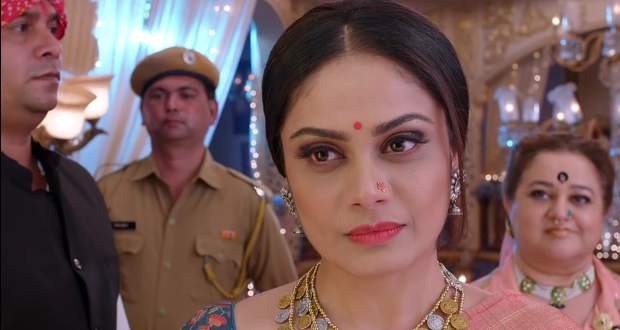 In the future Molkki serial episodes, Sakshi will manipulate Virendra into thinking that Purvi is the one who told Mahesh to send Renu to a brothel.

The current story of the Molkki serial is revolving around Virendra and Purvi celebrating her wedding anniversary while Renu sees Purvi's father there and freaks out.

Further, she reveals that he was the one who left her at the brothel and Virendra had him locked up while Purvi consoled Renu saying that she also hates Mahesh as he sold her as a Molkki.

Now as per the serial spoilers of Molkki, Sakshi will bribe Mahesh to blame Purvi when the police come and he will accept in greed of money.

Further, Mahesh will lie to the police that Purvi was the one who had told him to leave Renu at a brothel in front of everyone, according to the gossips of Molkki.

Let's see if Virendra believes Mahesh in the upcoming story of the Molkki serial.