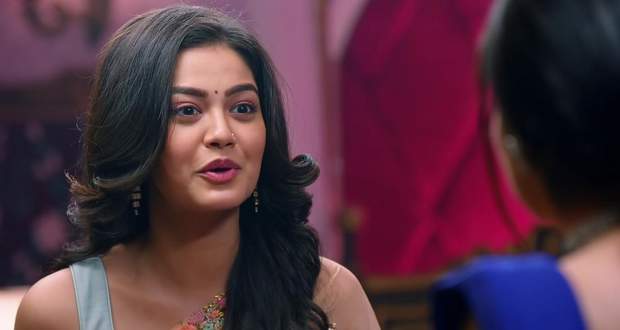 In the future Molkki serial episodes,  Virendra will get furious seeing Purvi and Arjun eating Golgappa's together in the market and will fight with her.

The current story of the Molkki serial revolves around Arjun managing to prove to the court that the bullet fired from Virendra's gun did not kill Daksh and reopened the case.

Further, Arjun also hid from everyone that he has the bullet and thought that he will use it to fulfill his hidden motive when the right time comes.

Now as per the serial gossips of Molkki, Purvi will go to Arjun's house to give him fees but he will refuse saying that he will ask for what he wants when the time comes as it is very precious.

Later, Virendra will be going in a car when he will see Purvi with Arjun eating Golgappa's in the market and will argue with her when she will come to meet him in jail, according to the spoilers of Molkki.

© Copyright tellybest.com, 2020, 2021. All Rights Reserved. Unauthorized use and/or duplication of any material from tellybest.com without written permission is strictly prohibited.
Cached Saved on: Monday 6th of December 2021 07:59:41 AM