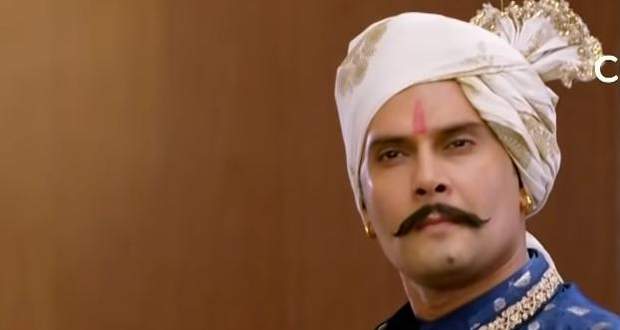 In the future Molkki serial episodes, Virendra will reach Daksh's birthday while Daksh will ask Purvi for a special gift.

The current story of Molkki serial revolves around Virendra reaching Delhi and meeting Daksh for his meeting while he invites Virendra for his birthday party.

Later, Purvi went to the hotel to pick up Chandni where she had many encounters with Virendra but both of them were unable to see each other.

Now as per the spoilers of Molkki, Virendra will call and inform Veer that he has been invited to Daksh's birthday party, and Veer will convince Virendra to go to the party.

Meanwhile, Purvi will give a gift to Daksh but he will tell her that he does not want that gift but wants a special gift from her which will make Purvi blush according to the gossips of Molkki.

Let's see what will Daksh ask for in the upcoming story of Molkki.

© Copyright tellybest.com, 2020, 2021. All Rights Reserved. Unauthorized use and/or duplication of any material from tellybest.com without written permission is strictly prohibited.
Cached Saved on: Friday 21st of January 2022 05:40:16 PM