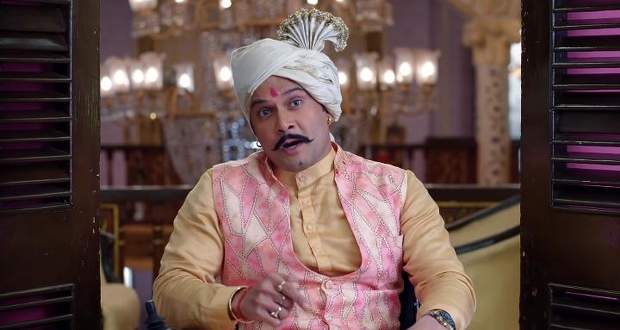 In the future Molkki serial episodes, Nandini will request Virendra to withdraw from the elections but he will refuse saying that he cannot ruin the villager's lives.

So far in Molkki story, Nandini reached home and found out that Aarav was beaten by Charansingh which made her curious.

Further, in the recent episode of Molkki, Charansingh will push Aarav off the stairs and will tell Nandini to convince Virendra to back off from the elections if she wants her husband alive.

Now as per the upcoming story of Molkki, Nandini will go the haveli on a stormy night and will request Virendra to back off from the elections and let Charansingh win.

However, Virendra will refuse saying that he cannot make the villagers suffer while Purvi will wonder what they are talking about.

Later, Purvi will ask Virendra but he will tell her to not interfere between a father and daughter as Purvi will decide to find out on her own.

Let's see what will Purvi do next upon finding out the truth in the future gossips of Molkki.

© Copyright tellybest.com, 2020, 2021. All Rights Reserved. Unauthorized use and/or duplication of any material from tellybest.com without written permission is strictly prohibited.
Cached Saved on: Thursday 27th of January 2022 02:45:27 PM