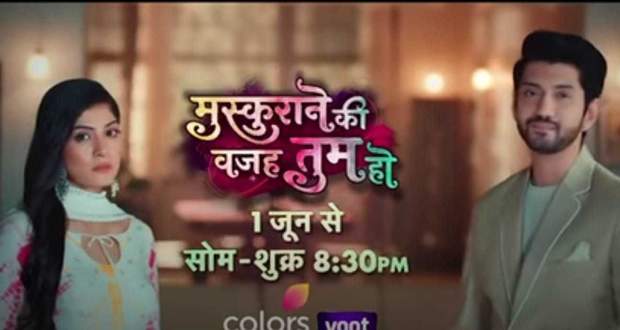 The upcoming serial of Colors TV Muskurane Ki Wajah Tum Ho will premiere on 1st June 2022, every Monday to Friday on Colors TV.

The story of the serial revolves around the life of a rich businessman Kabir played by Kunal Jaisingh and a single pregnant woman Katha played by Tanvi Malhara.

The story starts with pregnant Katha being forced to get married by her mother. Her mother is worried about the shame that would be brought upon Katha after the child is born.

Katha's mother gives her an option to either abort the child or get married. However, she wishes to raise the child all by herself.

Meanwhile, Katha’s mother is reluctant to agree with her decision as she is worried about the societal remarks.

She says that she would never be able to face society after this.

However, Katha tells her mother that she does not wish to abort the child just for the sake of society. The child will carry her name.

Katha thinks that nobody would be willing to get married to her because she doesn’t want to abort the child.

Destiny has other plans when Katha crosses her paths with Kabir, who surprisingly proposes marriage to her.

This leads to the inception of an unusual love story.

In the future twists of MKWTH, we can expect Kabir and Katha to face society’s wrath. They may have to face a lot of challenges for their personal choices.

Both Katha and Kabir will fill colours of happiness in the sad and devasted lives of each other.

It would be interesting to watch how the love story would proceed and how the couple would face all the problems together in the future episodes of Muskurane Ki Wajah Tum Ho.