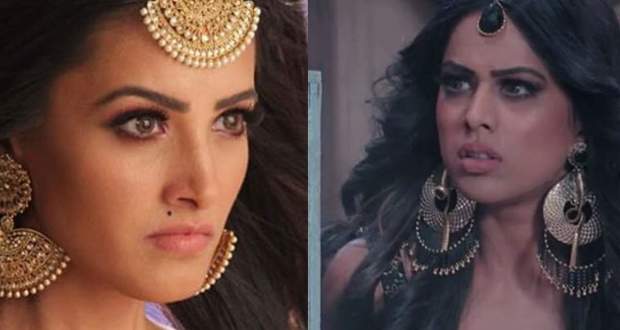 Naagin 4 Latest Spoiler: Vishakha to get arrested for Mili’s murder

In the upcoming episodes of Naagin season 4 serial, Mili will get murdered and Brinda will get Vishakha arrested for her murder case.

Now as per the gossip updates of Naagin 4 serial, the coming episodes will show the murder of Mili and Brinda becoming the prime suspect of her murder.

Brinda will soon reach the spot of murder and will find a locked. Vishakha will reach at the same time and both will get into an argument.

Dev and other family members will also reach along with the police and will find Vishakha with the locket. Brinda will play smart and will trap Vishakha in the murder case according to the spoiler twists of Nagin 4.

© Copyright tellybest.com, 2020, 2021. All Rights Reserved. Unauthorized use and/or duplication of any material from tellybest.com without written permission is strictly prohibited.
Cached Saved on: Wednesday 19th of May 2021 05:59:55 AM