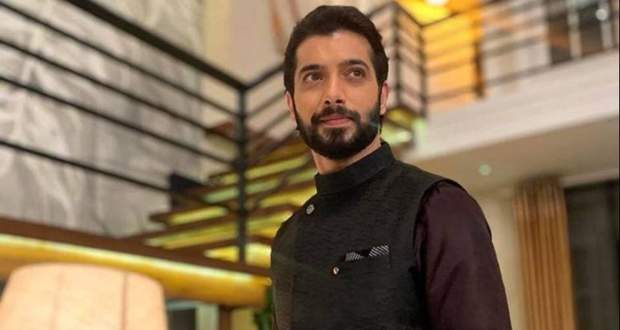 In the upcoming Naagin 5 episodes, Veer will get to know the truth about her mother being the Markaat.

Up until now in Naagin 5 story, Markaat revealed her identity in front of Bani and this gave a huge shock to Bani when she saw Veer’s mother as Markaat.

Further, Markaat disclosed that Veer and Jai both are her sons and later captured Bani in a magical cave.

Now based on the Naagin 5 serial gossip, Veer will forcefully ask Jai to give him the information about Bani, while Jai will reveal that Markaat took Bani into the cave.

Veer will further ask him about Markaat’s identity and Jai will reveal that Markaat is none other than his mother.

Meanwhile, Bani will find a secret waterfall called Anant Jharna inside the cave according to the latest updates of Naagin 5.

Let’s see how will Veer face his mother as Markaat in the future story of Naagin 5 serial.

© Copyright tellybest.com, 2020, 2021. All Rights Reserved. Unauthorized use and/or duplication of any material from tellybest.com without written permission is strictly prohibited.
Cached Saved on: Monday 14th of June 2021 10:38:18 PM