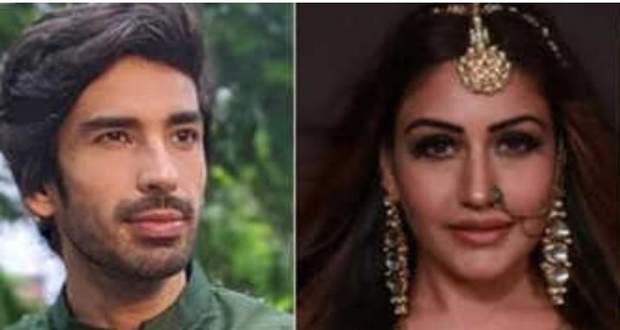 In the forthcoming episodes of Naagin 5 serial, Bani will accuse Jai of teaming up with Markaat and trying to kill Veer.

Up until now in Naagin 5 story, Bani grew suspicious of Jai after finding precautions and weapons against the Giant caterpillar-like creatures in his room.

Further, Jai told that Maarkat has escaped that it was her attack after which they went to the reverse forest to get Damdam lake's water for healing Veer.

Now as per the serial gossips of Naagin 5, Bani will accuse Jai of teaming up with Markaat and trying to kill Veer by adding poison in the Damdam lake's water that she had collected.

However, as she will be about to attack him, he will fall to her feet and a bow will be revealed going into his back. He will warn her that Markaat is coming and will die according to the latest twists of Naagin 5 serial.

Let's see what will be Bani's next step in the future story of Naagin 5.