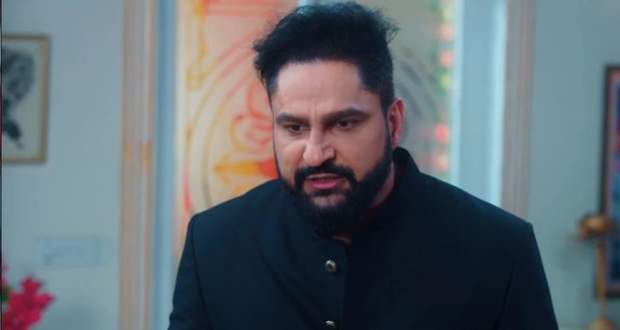 In the forthcoming episodes of the Naagin 5 serial, Cheels will learn that Bani killed Veer’s brother Monil and will team up to take revenge on her.

Up until now in Naagin 5 story, Veer revealed his Cheel identity in front of Bani and told her that he saved two kids during a plane crash.

Further, Jai disguised as Bani and then attacked Veer, while Bani revealed her Aadi Naagin identity in front of all the Cheel family.

Now based on the Naagin 5 serial gossip, Cheels will get to know that Bani has killed Monil and will decide to kill her as revenge for Monil’s death.

Bani will tell everyone that Monil and Ponky confessed their crime of killing her friend Noor.

Meanwhile, Veer will come in between and will save Bani from his family’s attack according to the recent updates of Naagin 5 serial.

Let’s see if Cheels will be able to attack Bani again or not in the future story of the Naagin 5 serial.

© Copyright tellybest.com, 2020, 2021. All Rights Reserved. Unauthorized use and/or duplication of any material from tellybest.com without written permission is strictly prohibited.
Cached Saved on: Friday 6th of August 2021 02:18:22 AM