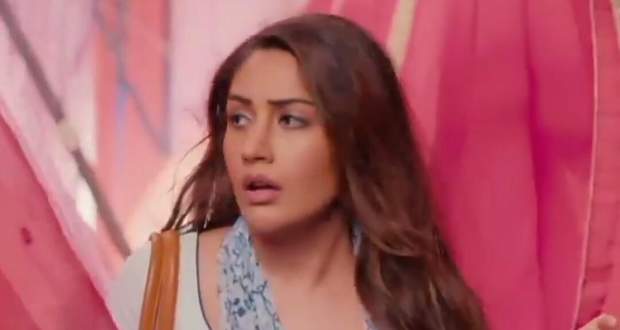 Naagin 5 Upcoming Twist: Bani to be attacked by Markaat

In the Colors TV Naagin 5 serial upcoming episodes, Bani will be attacked by Markaat in the cave.

Up until now in Nagin 5 story, Bani found a lady in the basement and Veer recognized her as his mother.

Later, Bani felt a strong negative power around her and Veer took care of her when she got a burning sensation on her skin.

Now based on the serial gossips of Naagin 5, Jai will get closer to Bani and this will make Veer jealous of them.

Further, Jai will mislead Bani and will take her to the Markaat cave, while Bani will be shocked to see Markaat in front of her.

Markaat will attack Bani according to her plan but Bani will attack back and will save herself.

Let’s see if Bani will know about Markaat’s truth in the future story of Naagin 5 serial.

© Copyright tellybest.com, 2020, 2021. All Rights Reserved. Unauthorized use and/or duplication of any material from tellybest.com without written permission is strictly prohibited.
Cached Saved on: Monday 3rd of October 2022 07:50:18 AMCached Disp on: Friday 7th of October 2022 02:17:06 PM