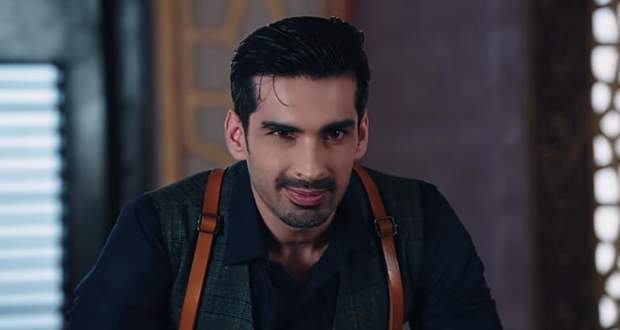 In the future episodes of Naagin 5, Jai (Mohit Sehgal) will kill Sampere Baba while Farishta (Arjit Taneja) will give Bani (Surbhi Chandna) and Veer (Sharad Malhotra) a blessing.

So far in Naagin 5 story, Farishta tried to kill Veer but Bani attacked him and saved Veer but he went away while ignoring her.

Meanwhile, Farishta realised that their pure love has changed fate. Bani tried to heal his wounds but failed while he apologised to her saying that he can't take back the curse he put on Veer of forgetting her.

Now as per the spoiler news of Naagin 5, Farishta will give Bani a blessing that she and Veer's love story will be epic and well-remembered in the future.

Further, Jai will take Sampere Baba to a forest and will kill him while Bani will wonder who is having a killing spree according to the serial gossips of Naagin 5 serial.

Let's see if Bani can find out Jai's truth in the upcoming story of Naagin 5.