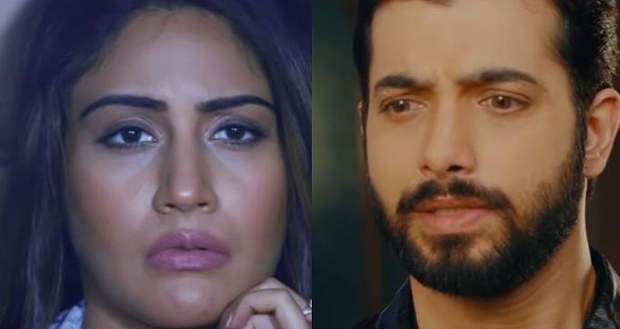 Naagin 5 Upcoming Twist: Veer & Bani to get into fight

In the Naagin 5upcoming episodes, Veer will behave rudely with Bani and they both will get into a fight.

Naagin 5 present story focussed Bani started getting love feelings for Veer, while Meera tried to jump off the cliff but Tapish somehow saved her.

Further, Veer got hypnotized by Maarkat and started behaving rudely with Bani in front of everyone.

Now as per the Naagin 5 serial gossips, Veer will keep on behaving rudely with Bani which will make Bani get furious with him.

She will further take her Naagin form, while Veer will take his Cheel form and they both will get into a fight.

Meanwhile, Maarkat will be trying her best to release herself from Bani’s captivity according to the latest spoilers of Nagin 5 serial.

Let’s see what Bani and Veer’s fight will turn into in the upcoming story of the Naagin 5 serial.

© Copyright tellybest.com, 2020, 2021. All Rights Reserved. Unauthorized use and/or duplication of any material from tellybest.com without written permission is strictly prohibited.
Cached Saved on: Wednesday 28th of July 2021 09:18:02 AMCached Disp on: Sunday 1st of August 2021 06:53:50 AM