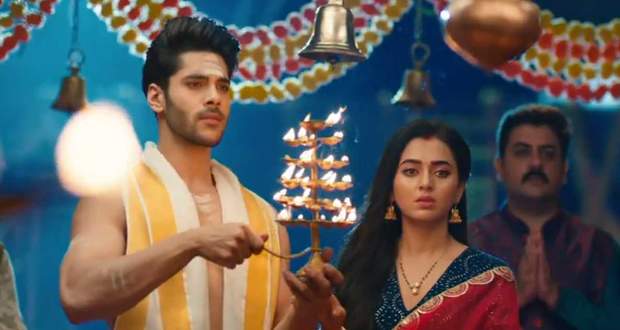 In the upcoming story episodes of Naagin 6, the viewers are in for a treat to witness the growing closeness between Pratha and Rishabh.

In the Naagin 6 last episode, Rishabh got jealous to spend time away from Pratha as she was fighting with Shangrila near the Yamuna.

However, when Pratha comes back, Rishabh bombards Pratha with a lot of questions.

At the same time, Pratha sees the lipstick stain on Rishabh’s shirt.

Mehak watches the exchange happen between Pratha and Rishabh and is sure that her sister will grow feelings for Rishabh soon enough.

As per the latest gossip of Naagin 6, as Pratha prepares to find more Asuras along with Mehak’s and Shalaka’s help, Rishabh is going to feel more restless in the absence of Pratha.

Will Pratha’s absence from Rishabh’s house add more fuel to his already growing feelings for Pratha whom he knows nothing about?

With Pratha’s innocent doe-eyed gaze and Reem’s constant proximity to Rishabh, Rishabh will have to figure out whom he loves candidly and not due to any commitment. Will it be Pratha or Reem?

Pratha will not step back and is very willing to showcase her jealousy with her actions towards Rishabh.

It is going to be a wild ride to witness Pratha and Rishabh’s relationship get more and more exciting.

Let us see and await what is going to happen in the next upcoming episode of the Naagin 6 serial future story. 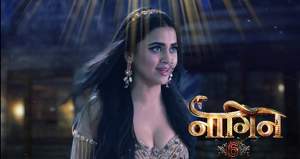 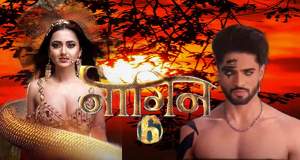 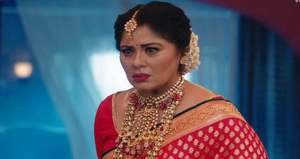 © Copyright tellybest.com, 2020, 2021. All Rights Reserved. Unauthorized use and/or duplication of any material from tellybest.com without written permission is strictly prohibited.
Cached Saved on: Monday 23rd of May 2022 08:33:31 AM