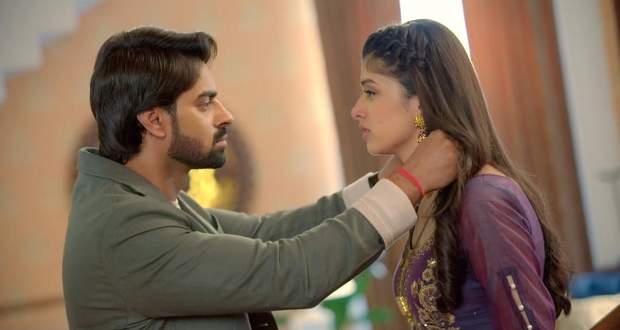 In the upcoming episodes of Namak Ishq Ka serial, Gunjan (Sheetal Tiwari) will cut her wrists and will force Yug (Aditya Ojha) to marry her by putting Mangalsutra around her neck.

The current story of Namak Ishq Ka serial is revolving around Yug and Kahani bringing Lucky and Rani to the house while the house members are displeased with the situation.

Further, Yug took Kahani and Rani to a travel agent and got their passports made for going on their honeymoon with the kids while Kahani disagrees with him.

Now as per the serial gossips of Namak Ishq Ka, Gunjan will slit her wrists and will write I love you Yug with her blood on papers.

She will further force him to marry her and will make him put the Mangalsutra around her neck after which Saroj will reveal that Yug married Kahani to save Kahani from Ronak.

Later, Gunjan will tell her to leave the house amd will push her towards the door while Kahani will slap her hard according to the spoiler alerts of Namak Issk Ka.

Let's see what will Kahani do next in the future story of Namak Ishq Ka. 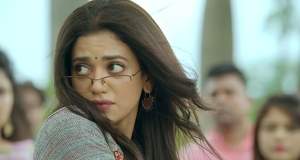 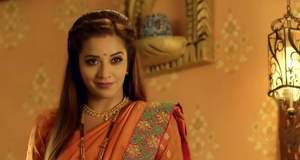 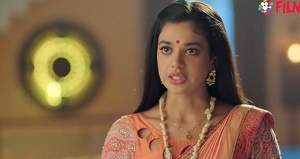 © Copyright tellybest.com, 2020, 2021. All Rights Reserved. Unauthorized use and/or duplication of any material from tellybest.com without written permission is strictly prohibited.
Cached Saved on: Wednesday 1st of December 2021 08:50:30 PMCached Disp on: Friday 3rd of December 2021 10:14:52 PM