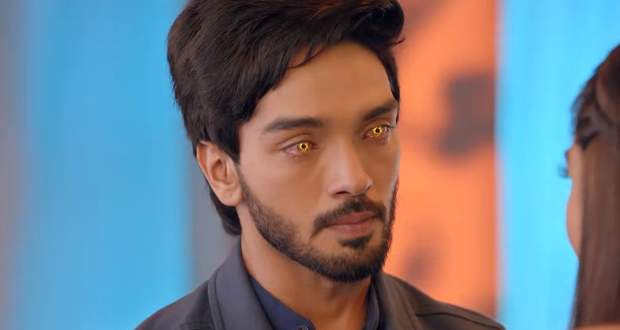 Nazar Serial Gossip Update: Ansh to trap Mohana to save his family

In the future episodes of Nazar serial, Ansh will make a plan to trap Mohana in her own game to save his family.

So far in Najar story, Ansh was compelled to kill Angad to break the curse of Singha. Later, Mohana decided to take revenge from Ansh for spoiling her love life.

Mohana has planned to kill Ansh’s daughter Pari by using her hair. Also, Ansh has decided to stay away from his family to save them.

Now as per the spoiler news of Nazar, Ansh will make a plan to distract Mohana and will ask her to take her revenge.

He will later take her to Pataal Ketki waterfall and will risk his own life to trap her there according to the gossips of Nazar serial.