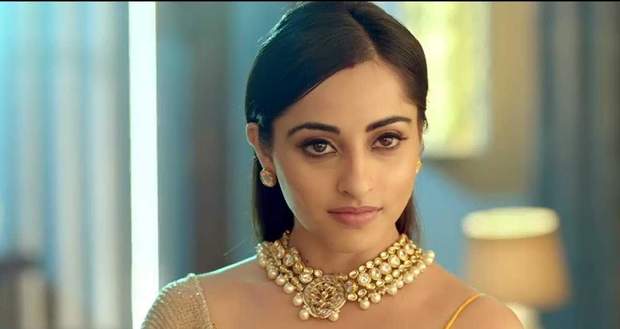 Nazar Serial Gossip Updates: Piya to organize a Swayamvar for herself

In the future episodes of Nazar serial, Piya will be acting weird and will organize her own Swayamvar in Rathod house.

So far in Najar story, Piya was injured by the Varshika tree and turned into Varshika. Meanwhile, Mohana has lost her memory and Rathods are trying to keep her normal.

However, there is a huge conflict between Varshika and Mohana from the past. Also, Mohana has organized a Swayamvadhu for Ansh.

Now as per the spoiler news of Nazar, Piya as Varshika will be all set to mock Mohana and will organize a Swayamvar for herself.

While Mohana will get angry with Piya’s act, the family members will also be left shocked according to the gossips of Nazar serial.

© Copyright tellybest.com, 2018 & 2019. All Rights Reserved. Unauthorized use and/or duplication of this material without written permission from tellybest.com is strictly prohibited.
Cached Saved on: Thursday 16th of July 2020 06:12:40 PM