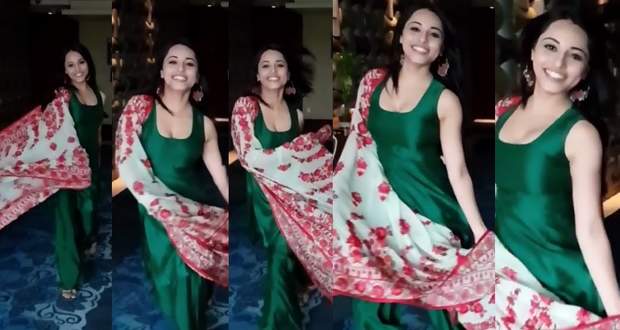 In the forthcoming episodes of Nazar serial, Mohanna will fail Piya’s plan of exposing Vedashri reeling under her control.

So far in Nazar serial story, we saw that the blood bond between Mohanna and Vedashri has developed again. Mohanna is utilizing this opportunity to make the family members go against Piya.

Mohanna has challenged Piya that Ansh will throw her out of the Rathod house soon.

Further, the spoilers of Nazar serial reveal that Piya will convince Ansh to conduct a test that would prove that Vedashri is under Mohanna’s spell.

Unfortunately, Mohanna will trick Piya and Ansh and will make Vedashri clear the test. This will create misunderstandings amid Ansh and Piya.

Let’s see how Piya will face Mohanna’s evil plans in the future episodes of Nazar serial.

© Copyright tellybest.com, 2018 & 2019. All Rights Reserved. Unauthorized use and/or duplication of this material without written permission from tellybest.com is strictly prohibited.
Cached Saved on: Saturday 6th of June 2020 08:48:33 PM