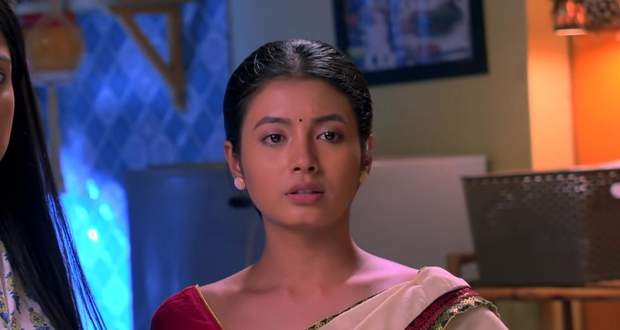 In the upcoming Nima Denzongpa serial episodes, Asha will humiliate Nima and Suresh while Nina will rebuke Asha's husband for trying to touch her.

Up until now in Nima Denzongpa's story, Shiv and Kanchan come to Nima's house to meet Sia while Sia is not at home and bring dinner for them.

Further, Kanchan asks them questions about Sia's fiancee while Nima and Nari dodge her questions and make them leave without insulting them.

Later, Asha and her husband come to Nima's house while Nima remembers the mistreatment she went through at their house and how Asha's husband had tried to molest her.

Now as per the upcoming twists of Nima Denzongpa, Asha will try to humiliate Nima and Suresh by telling society that they are having an affair and will push Nina.

Asha's husband will hold her and will make a crude remark on her after which Nima will tell him that she is not the innocent Nina anymore and will threaten to cut his arms if he touches her, according to the spoilers of Nima Denzongpa.

Let's see what will Nima do next in the upcoming story of Nima Denzongpa.

© Copyright tellybest.com, 2022, 2023. All Rights Reserved. Unauthorized use and/or duplication of any material from tellybest.com without written permission is strictly prohibited.
Cached Saved on: Thursday 26th of January 2023 02:38:38 AMCached Disp on: Thursday 9th of February 2023 04:03:29 AM