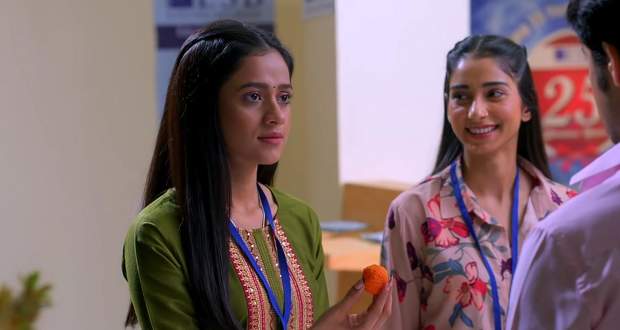 In the upcoming Nima Denzongpa serial episodes, Sia will get devastated after learning that Shiv has gotten married and will fall unconscious.

Up until now in Nima Denzongpa's story, Mania and Nari informed Nina about Sia being in love with Shiv and lying to him that she has a fiance about the promise.

Further, Nima talked to Suresh about the situation and thought to talk to Shiv and request him to wait for Sia bit got shocked seeing him coming home dressed as a groom.

Now as per the upcoming twists of Nima Denzongpa, Shiv will distribute sweets in the office while Sia will get shocked to learn that he has gotten married without informing her.

Afterwards, while returning home, Sia will fall unconscious and Nima will bring her home while feeling guilty, according to the upcoming story of Nima Denzongpa.

Let's see what will Sia do next in the future spoilers of Nima Denzongpa.

© Copyright tellybest.com, 2022, 2023. All Rights Reserved. Unauthorized use and/or duplication of any material from tellybest.com without written permission is strictly prohibited.
Cached Saved on: Thursday 26th of January 2023 01:40:08 AMCached Disp on: Thursday 2nd of February 2023 08:29:41 PM