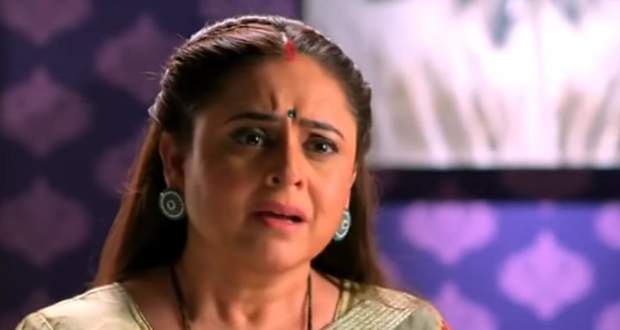 In the upcoming Nima Denzongpa serial episodes, Suman will see Nima tending to Suresh's wounds and will think to fire Suresh.

The current story of Nima Denzongpa story revolves around Suresh's daughters tending to his wounds while he gets emotional.

Further, Nima told Sia to go on her trip and Sia went with Shiv on his bike to Puna as the bus had already left.

Now as per the upcoming story of Nima Denzongpa, Nima will see the injury on Suresh's hands and will tell him that even he hid his wounds from her while he will recall that she is the only one who truly cares for him.

Meanwhile, Suman will see them and will think that something is going on between them after which she will scold Nima for not informing them about their relationship and will order to fire Suresh, according to the spoilers of Nima Denzongpa.

Let's see what will Nima do next in the upcoming twists of Nima Denzongpa.

© Copyright tellybest.com, 2022, 2023. All Rights Reserved. Unauthorized use and/or duplication of any material from tellybest.com without written permission is strictly prohibited.
Cached Saved on: Friday 27th of January 2023 09:24:56 PMCached Disp on: Thursday 2nd of February 2023 07:11:51 PM