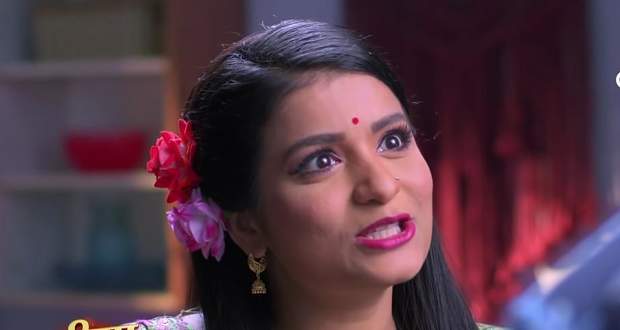 In the future Nima Denzongpa serial episodes, Tulika will plan a conspiracy against Nima's family and will leak a video of Mania.

So far in Nima Denzongpa serial episodes, Tulika managed to convince Sunita that the property papers are in her name and told her to get Suresh's signatures on it.

Meanwhile, Nima told Suresh to stay away from her and her family as his lies always put her in problems and dig out her past.

Now as per the serial spoilers of Nima Denzongpa, Tulika will plan a conspiracy and will make a fake call to Mania for an audition and Mania will manage to get permission from Nima.

Further, Tulika manages to get an indecent video of Mania and will leak it on social media to humiliate Nima and her family, according to the upcoming twists of Nima Denzongpa.

Let's see what will Nima do next in the future gossips of Nima Denzongpa.

© Copyright tellybest.com, 2022, 2023. All Rights Reserved. Unauthorized use and/or duplication of any material from tellybest.com without written permission is strictly prohibited.
Cached Saved on: Saturday 28th of January 2023 01:31:39 PMCached Disp on: Thursday 2nd of February 2023 07:41:33 PM