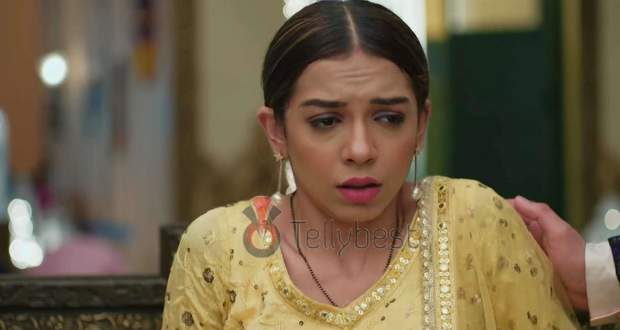 In the upcoming story of the Pandya Store serial, Rishita’s recent inferiority complex happening due to Raavi’s fame will lead her to trouble during her delivery.

So far in the serial Pandya Store, the Pandya family has hosted a party to celebrate Raavi’s success and the addition of Chiku into their family.

Now according to spoilers of the serial, Rishita once again feels inferior as the party guests keep talking about Raavi’s success which leads to Rishita not telling anyone about her increasing pain due to feeling that no one cares.

As per the gossip, Rishita’s pain becomes unbearable as she goes into labor and shouts to gain the family member’s attention who all rush to her.

However, due to her already being in labor pain, Rishita’s pregnancy gets complicated and she gets rushed to the hospital while Swetha’s mother steals Chiku during all the commotion.

In the future episodes, we will see the family happily waiting for the good news outside the hospital room while Dhara will suddenly realize that Chiku is not there.

Let’s see if Dhara blames Rishita as the reason for Chiku going missing in the new episodes of Pandya Store.

© Copyright tellybest.com, 2020, 2021. All Rights Reserved. Unauthorized use and/or duplication of any material from tellybest.com without written permission is strictly prohibited.
Cached Saved on: Sunday 2nd of October 2022 06:17:27 AMCached Disp on: Thursday 6th of October 2022 03:40:50 PM