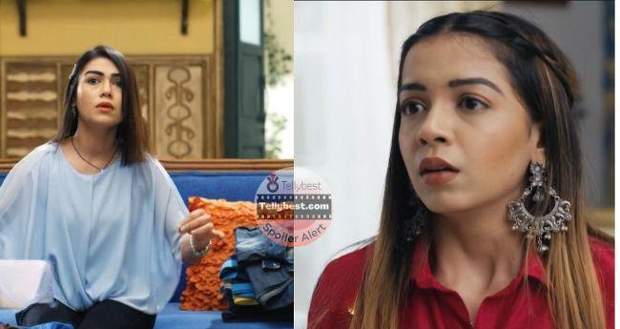 In the upcoming story of Pandya Store, Rishita will make Swetha’s life hell.

So far in the episodes of the serial, Swetha has successfully created misunderstandings between the Pandya family with the help of Raavi’s fake reports.

According to the latest spoiler of Pandya Store, Rishita urges Dhara to fake her death to scare Swetha so she confesses the truth.

Later the next morning, Rishita is busy stirring red paint with a smug smile on her face.

She even tells Dev that she has waited a long time to bring Swetha down.

Now let’s watch the future episodes of Pandya Store to see how Rishita will create more troubles for Swetha and if Swetha figures out Rishita’s plan or not.