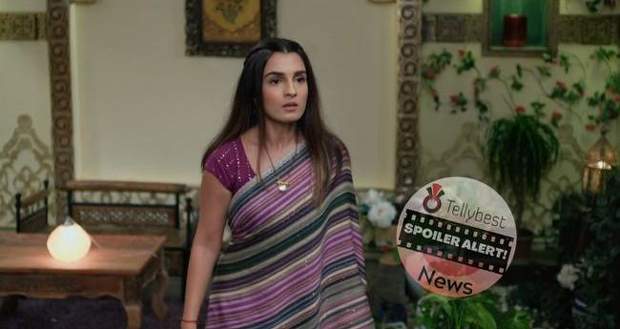 In the future story of the Pandya Store serial, Dhara will agree to take care of Chiku and will go against the whole Pandya family for doing so.

So far in the serial Pandya Store, Dhara is slowly trying to get used to continuing her life without Chiku while Rishita is excited about Chutki’s naming ceremony.

Now according to spoilers of the serial, Swetha’s mother comes knocking on Pandya's house door asking for help from Dhara in taking care of Chiku as Swetha is in the hospital after suffering a panic attack.

Meanwhile, Swetha’s mother begs Suman to let Dhara help but Suman refuses as she doesn’t want Dhara to get emotionally hurt when Chiku is taken away.

As per the gossip, Dhara goes against everyone and tells Swetha’s mother that she will take care of Chiku until Swetha recovers which angers many of the Pandya family members, especially Rishita.

In the future episodes, we will see the Rishita refusing to name Chutki after learning that Dhara wants to name Chiku during Chutki’s naming ceremony which will cause drama once again.

Let’s see how the Pandya family handles the altercations between Rishita and Dhara due to Chiku in the future episodes of Pandya Store.

© Copyright tellybest.com, 2020, 2021. All Rights Reserved. Unauthorized use and/or duplication of any material from tellybest.com without written permission is strictly prohibited.
Cached Saved on: Sunday 2nd of October 2022 05:34:35 AMCached Disp on: Wednesday 5th of October 2022 04:55:00 PM