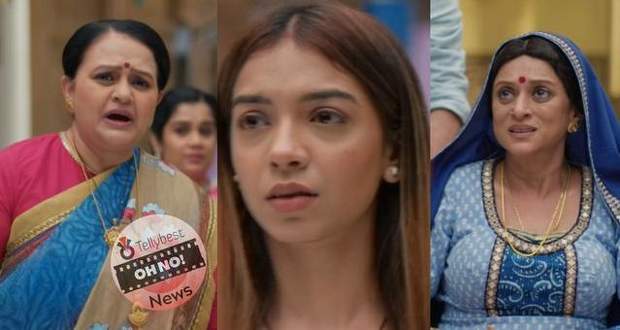 Pandya Store: Serial Gossip! Evil Kamini is back in action!

In the upcoming story of Pandya Store, the evil duo of Kamini and Janardhan will be entering the Pandya House to see Rishita and Dev’s baby girl.

So far in the story of the Pandya Store, Chiku’s mother, Swetha and his grandparents come to take him from Dhara.

However, Chiku’s departure sets forth Dhara into a depressing mood.

According to the latest spoiler of the Pandya Store serial, Kamini will try to pit Rishita against the Pandya Family by saying a baby who was not even Dhara’s has overshadowed the happiness and bliss brought by Rishita’s little "chutki" (baby girl).

Kamini’s comment will make Rishita double-think about her presence and value in the Pandya family as per the upcoming twists of the Pandya Store serial.

Let us see whether a vulnerable Rishita succumbs to Kamini’s malicious intent or sets record straight by siding with Dev and his family in the future episodes of Pandya Store.