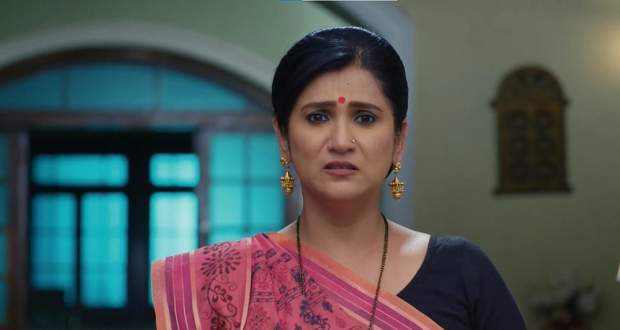 In the upcoming story of the Pandya Store serial, Shiva will decide to stay in Prafulla’s storeroom while Prafulla will get spooked thinking that a ghost has entered her house.

So far in the serial Pandya Store, Shiva is staying away from the Pandya family to not burden them as they have already used the compensation money given by the government.

Now according to spoilers of the serial, Shiva decides to hide in Prafulla’s store room and stay there until things calm down and eats dinner without her knowledge.

As per the gossip of the Pandya Store serial, Prafulla sees her dinner empty and gets spooked thinking that she’s being hunted by a ghost or a thief has entered her home.

In the future episodes, we will see Siva disguising himself and going to meet the Pandya family.

Let’s see if the family members can recognize Shiva in his disguise in the future episodes of Pandya Store.

© Copyright tellybest.com, 2022, 2023. All Rights Reserved. Unauthorized use and/or duplication of any material from tellybest.com without written permission is strictly prohibited.
Cached Saved on: Thursday 26th of January 2023 01:45:23 AMCached Disp on: Thursday 9th of February 2023 08:49:07 AM