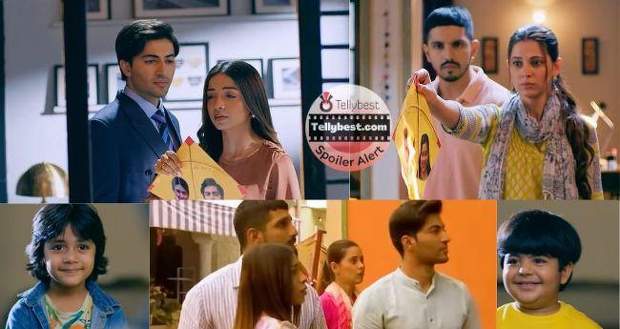 In the upcoming story of Pandya Store, Dev and Rishita will return to Pandya Nivas to demand their share.

So far in the episodes of Pandya Store, seven years have passed and now the Pandya family is separated.

Meanwhile, Suman, Dhara, Gomby, and Chiku live in the Pandya Nivas and Dhara keeps blaming herself for the separation.

Now as per the spoiler of Pandya Store, Suman falls really sick which causes Dev, Rishita, Raavi, and Shiva to return with their sons.

When they first arrive at the gate, they become nostalgic and Dev gets shocked to see Shiva being mentally unstable.

According to the latest twist of Pandya Store, the real reason for Dev and Rishita’s return is to get shares in the property not Suman’s illness.

Now let’s watch the future episodes of Pandya Store to see how Suman, Dhara, and Gomby will comprehend seeing Shiva in this mental state and whether Dev and Rishita get successful in their mission or not.