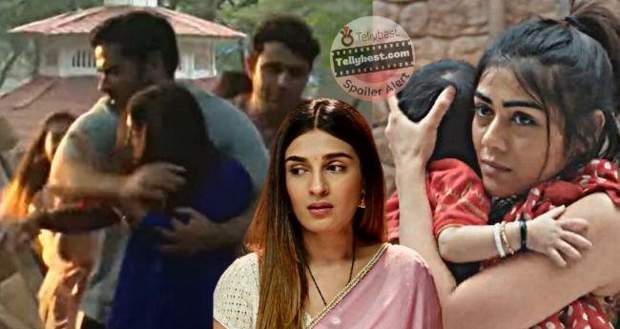 In the upcoming story of Pandya Store, Dhara will face stone pelting from the Basti people when Swetha announces Dhara as Bacha Chor (Child Thief).

So far in the story of the serial, Swetha has become a beggar after destroying the relationship between the Pandya family.

Meanwhile, Shiva and Raavi are going through the worst phase of their life.

As per the spoilers of the serial Pandya Store, Chiku has a fever and Swetha goes to the hospital to get medicines but she has no money.

When she tries to steal the medicines, Shiva sees them and informs Dhara about Chiku having a fever.

Later, Dhara reaches the Colony where Swetha lives with other beggars and finds Chiku lying and tries to take him away.

However, Swetha sees this and announces the Basti people that Dhara is stealing her child who stone pelts her.

In the upcoming twists of the serial, Gautam, Shiva and Krish saves Dhara while Swetha has no shame for her actions.

Let us see how Dhara overcomes her attachment with Chiku and whether Swehta learns a lesson in the future episodes of the Pandya Store serial.

© Copyright tellybest.com, 2022, 2023. All Rights Reserved. Unauthorized use and/or duplication of any material from tellybest.com without written permission is strictly prohibited.
Cached Saved on: Wednesday 25th of January 2023 11:14:07 AMCached Disp on: Thursday 2nd of February 2023 07:48:38 PM