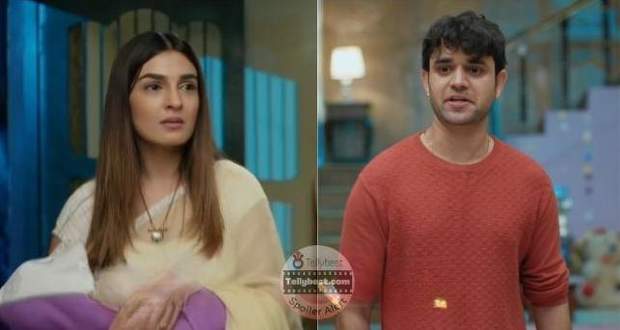 In the upcoming story of Pandya Store, Dhara will slap Krish.

So far in the episodes of Pandya Store, Swetha has accepted her crimes in front of the Pandya family.

Later, angry Swetha even points out that Krish is a low-class guy compared to her who has married her to give his Dhara Bhabi (sister-in-law) Chiku.

Now as per the latest spoiler of Pandya Store, accepting the accusation, Krish announces he has done what he thought was correct.

Dhara gets stunned after the revelation as Krish has sacrificed his life for her.

According to the latest gossip of Pandya Store, Dhara will slap Krish for his stupidity.

It will be interesting to see how other Pandya family members will deal with Krish after the revelation and how Krish will get Dhara’s forgiveness in future episodes of Pandya Store.

© Copyright tellybest.com, 2022, 2023. All Rights Reserved. Unauthorized use and/or duplication of any material from tellybest.com without written permission is strictly prohibited.
Cached Saved on: Wednesday 25th of January 2023 05:20:19 PMCached Disp on: Wednesday 1st of February 2023 06:49:09 PM