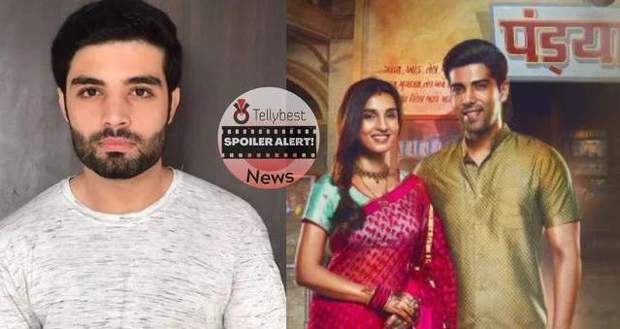 So far in the story of the Pandya Store serial, Swetha agrees to marry Krish, shocking Suman and Rishita the most.

According to the latest news of the Pandya Store, Swetha and Krish's marriage will see the entry of Swetha's ex-flame, to be played by Nitin Sharma as Chiku's father.

Not much has been revealed about Chiku's father except that he left Swetha pregnant after stealing all her money and valuables.

As per the latest gossip of Pandya Store, Nitin Sharma's role will be portrayed in a negative light and he will be an antagonist.

Let us see how the entry of Chiku's father and Swetha's ex-flame, to be played by Nitin Sharma creates high-voltage drama in the future episodes of the Pandya Store serial on Star Plus.

© Copyright tellybest.com, 2020, 2021. All Rights Reserved. Unauthorized use and/or duplication of any material from tellybest.com without written permission is strictly prohibited.
Cached Saved on: Saturday 1st of October 2022 11:14:16 PMCached Disp on: Sunday 2nd of October 2022 12:13:49 PM