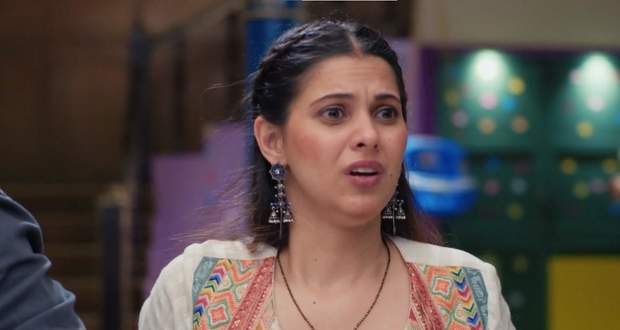 In the future story of the Pandya Store serial, Raavi will get greedy for fame and will show the Pandya family’s drama to everyone on media.

So far in the serial Pandya Store, Suman agreed to pay the electricity bill but has thought of a punishment for the family members.

Now according to spoilers of the serial, Suman will make the family members stand on one leg with hands in the air as their punishment while Raavi will accidentally show the whole family drama live on social media.

As per the gossip of the Pandya Store serial, Raavi learns that she has accidentally shown everything on media but doesn’t delete it after learning that she has gained many followers because of the live video.

In the future episodes, we will see the public humiliating the Pandya family members for the video and degrading them.

Let’s see if Raavi accepts her mistake in front of the whole Pandya family in the future episodes of Pandya Store.

© Copyright tellybest.com, 2020, 2021. All Rights Reserved. Unauthorized use and/or duplication of any material from tellybest.com without written permission is strictly prohibited.
Cached Saved on: Sunday 2nd of October 2022 08:06:43 AMCached Disp on: Wednesday 5th of October 2022 05:23:09 PM