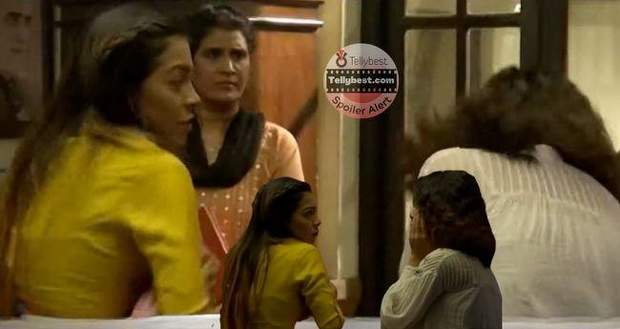 In the upcoming story of the Pandya Store serial, Rishita gets really angry when Chutki gets lost and slaps Shweta.

So far in the serial Pandya Store, the Pandya family seems to break as Shweta wanted.

Further, Rishita and Dev have decided to go and get jobs in Ahemdabad.

Meanwhile, Swetha gets Dhara arrested and Dhara takes Chutki with her too.

Now according to spoilers of the serial, Rishita looks for Chutki in the police station where Dhara is.

Seeing the situation, Dev gets really angry with Dhara as she got Chutki to the police station.

As per the gossip, Rishita slaps Shweta because she got Dhara arrested and that resulted in Chutki crying.

Let’s see how Krish, Dev, and Rishita get Dhara out of the prison in future episodes of Pandya Store.

© Copyright tellybest.com, 2022, 2023. All Rights Reserved. Unauthorized use and/or duplication of any material from tellybest.com without written permission is strictly prohibited.
Cached Saved on: Wednesday 25th of January 2023 03:35:51 PMCached Disp on: Wednesday 1st of February 2023 09:45:37 PM