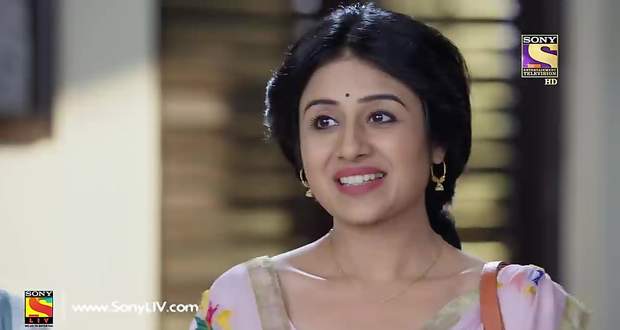 A smitten Babita will find herself lost in Hanuman’s thoughts in the forthcoming episodes of Patiala Bebes serial.

So far in Patiyala Babes serial, Hanuman has fallen in love with Babita but has not proposed her yet. In a sudden twist, Mini learned about Hanuman’s feelings ad got upset with him.

After seeing Hanuman’s caring attitude for Mini in the hospital, Biji advised Babita to give a thought about her relationship with Hanuman.

According to the spoiler news of Patiyala Bebes serial, Babita will realize her love for Hanuman. She will be lost in Hanuman’s thoughts and will behave weirdly.

Babita will mess up her kitchen chores as she will not be able to control her emotions and feelings for her newly found love, Hanuman.

Mini, who will return from the hospital, will sense Babita’s strange attitude. She will question Babita about the same but Babita will avoid sharing her feelings.

Will Mini listen to the voice of her Babes heart?

Let’s find out what happens next in the future story twist of Patiala babes serial.

© Copyright tellybest.com, 2018 & 2019. All Rights Reserved. Unauthorized use and/or duplication of this material without written permission from tellybest.com is strictly prohibited.
Cached Saved on: Saturday 6th of June 2020 07:24:05 PM