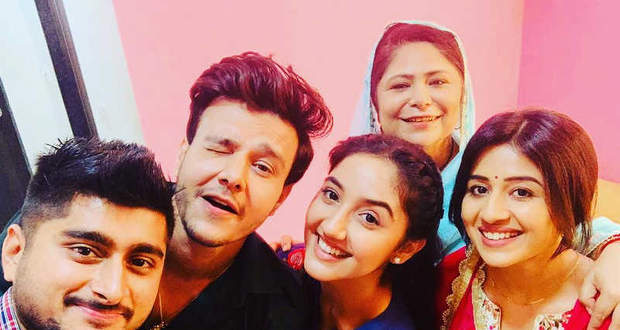 In the forthcoming episodes of Patiyala Babes serial, Hanuman Singh will burn in jealousy when Babita will show concern for Ashok.

So far in Patiyala Bebes story, Babita and Mini got successful in getting the ownership of Balli’s shop. They also have got a big contract from an oil company.

Also, the oil company has requested Babita to become the model for their advertisement. Babita agreed.

Now, as per the latest spoilers of Patiala Bebes serial, Hanuman will tell Biji and Babita that Ashok has fled down to a secret place to avoid returning the bank loan.

Hanuman will state that Ashok has created grave trouble for himself by running away. Babita will get worried about Ashok as she knows that this incident will disturb Biji a lot.

However, Hanuman will feel that Babita is tensed about Ashok as she still feels for him and so will get upset at her for not recovering from her ugly past.