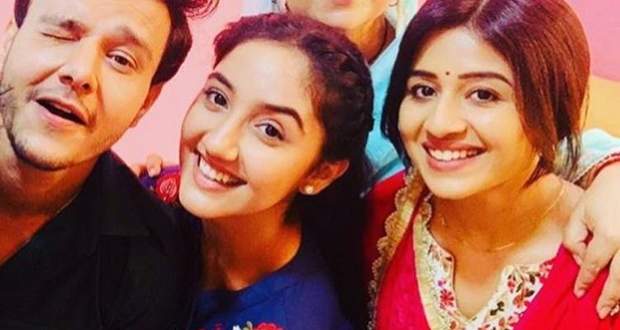 Babita will support Hanuman against the false allegations put forward by Imarti’s father in the forthcoming Patiyala Babes serial.

Currently, in Patiyala Bebes serial, Babita and Mini are shocked to see Hanuman’s strange behavior change which has made him harsh and rude.

Babita met Sartaj Singh, Imarti’s father, who has accused Hanuman of being responsible for Imarti’s death.

Further, as per the spoiler twists of Patiala Bebes serial, Babita will confront Hanuman about the same on Mini’s insistence.

She will compel Hanuman to reveal the dark secrets of his past life. Hanuman will accept her request and will vent out his pain in front of Babita.

Later, based on the gossips of Patiala Babes serial, Babita will decide to support Hanuman in the legal battle initiated by Sartaj.

© Copyright tellybest.com, 2018 & 2019. All Rights Reserved. Unauthorized use and/or duplication of this material without written permission from tellybest.com is strictly prohibited.
Cached Saved on: Thursday 16th of July 2020 09:31:23 PM