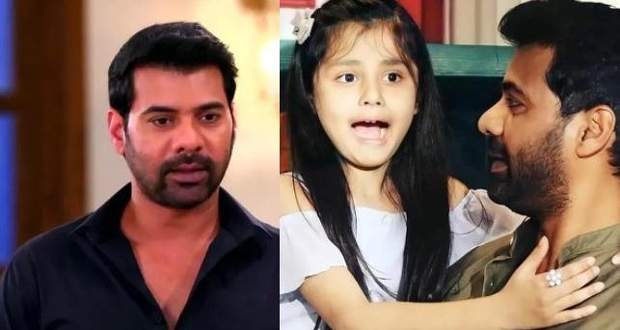 Pyar Ka Pehla Naam Radha Mohan is a Hindi TV serial that premiered on 2 May 2022 on ZEE TV.

With a diverse cast in play, Mohan, the male hero of this serial is portrayed by Shabir Ahluwalia. Mr. Ahluwalia enjoys a wide fan following among the audience through his role as Abhishek Prem Mehra in Kumkum Bhagya.

Currently playing Mohan Trivedi in Pyaar Ka Pehla Naam Radha Mohan, he has again won the hearts of the audience. In this article, we will be analyzing his character Mohan and how well Shabir is playing it!

Mohan Trivedi is a rude, gruff-looking man with a dry sarcasm who is still not over the death of his late wife, Tulsi.

Mohan also has an eight-year-old daughter Gungun who does not like Mohan at all while Mohan is marrying Damini for the reason he himself does not know as neither he nor Gungun likes her.

Gungun believes Mohan to be the killer of Tulsi and this is the reason for Mohan’s suffering because he lacks his daughter’s love in his life. As an adult widower and a single parent, Mohan’s life lacks colour.

However, Mohan was not like this before. Radha who is a lot younger than Mohan once lost her mother when she was just a kid.

Mohan, then seventeen years old, took care of Radha, consoling and counseling her to move on with the currents of life.

Mohan’s words had a positive impact on Radha’s life after which she dedicated her whole life to Lord Krishna and mulling over the teachings of the Bhagavat Gita. Mohan is not the same though currently.

Mohan does not smile at all in the Radha Mohan serial but he is also not stoic. He stands just in the middle, neither smiling nor serious; he is just there. Shabir has nailed Mohan’s look slowly over the course of episodes of Pyar Ka Pehla Naam Radha Mohan.

At the beginning of the serial, Mohan’s character lacked lustre. However, once he was shown talking to Radha, his character blossomed a little more.

Shabir has a deep voice but Mohan’s words are laced with Vrindavan’s sophistication and innocence which gives a fresh feel that the audiences crave.

Shabir has a naturally charming face but Mohan hides his charm. Mohan’s charm lies in his way of doing things in a relaxed way.

Mohan’s romanticism died along with Tulsi and now he is just an empty man.

However, Shabir has perfectly given space to Mohan’s charm to grow by not appearing just charming but with his way of talking and complimenting people by insulting them.

Mohan’s character is seen to grow phenomenally after Radha’s entry in the Radha Mohan serial.

Radha is a simple village girl who is wholly devoted to Lord Krishna and also sees Mohan as someone who saved her life after Radha’s mother's demise.

Mohan is someone who takes time to open up but Radha’s innocence and direct questions always had an effect on Mohan.

Even when he wanted to remain silent, Radha’s presence always had him talking. Currently, Mohan’s character is livelier than ever and it is because he has also grown closer to Gungun through Radha.

Gungun is not a kid who can be consoled easily.

She is independent, naughty, and more ambitious than her father. Mohan’s genes reflect transparently in Gungun’s anger.

Like Mohan is an angry young man, Gungun is another angry young woman in Trivedi Household.

With no motherly figure in Gungun’s life, Radha’s outpouring of love became a mother for Gungun.

Seeing how strained Gungun’s and Mohan’s relationship was, Radha easily replaced it with love.

It is also Gungun who encouraged Radha to learn English and that is how Mohan became the perfect tutor for Radha.

Now Mohan is trying to stop Radha's marriage with Hriday who is an evil character.

Characters like Mohan are not able to express their emotions freely after they meet with an unfortunate or tragic event in their lives.

After Tulsi’s death, Mohan’s love also became like a dead corpse. However, this does not mean Mohan’s romantic side is dead.

Mohan is hesitant but if he meets another nurturing energy like Tulsi, he will easily become romantic.

Radha’s nurturing energy became a stimulant of Mohan’s openness toward life. Mohan thus expresses his love with actions, he is a man of little words but long-lasting promises.

Even in his rough tone, he is caring. He threatens people with a good beating but feeds them with the same hand. As a single father, Mohan also craves a mother for Gungun.

Mohan is a character with maturity and depth and that is most often not seen on Hindi TV serials.

Radha Mohan serial has a devotional background with strong family characters and bonding that is bound to fetch attention from the audiences.

Shabir Ahluwalia is doing justice to his character Mohan in the most lovable and effortless way, showcasing Mohan in all different varieties and tastes.

Mohan is an eligible bachelor, he is a single parent, he is also a mourning widower, and a wise man who once knew only to be happy.

Mohan and Radha’s relationship also has a significant age gap that is worth watching.

It will be interesting to watch Mohan's character grow once the love story of Mohan and Radha starts and Damini gets out of the picture. 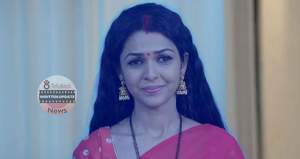 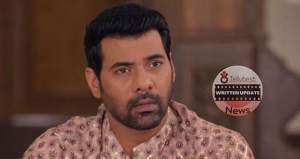 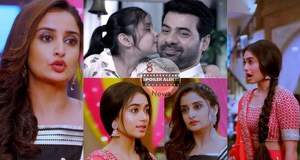