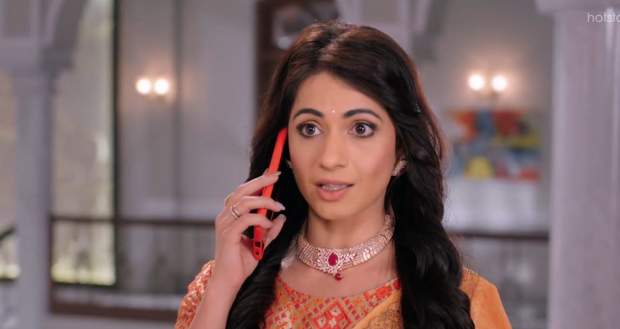 In the future episodes of Saath Nibhaana Saathiya 2, Kanak will be planning a plot with Sagar and Hema to steal Anant’s important file.

Up until now in Saath Nibhaana Saathiya 2 story, Anant gets an important task from his office to keep a confidential file with him.

While telling this to Gehna, Kanak listens to their conversation. Kanak then plans to steal the file with Sagar and Hema to let down Anant and Gehna.

Now according to the gossip news of Saath Nibhana Saathiya 2, Gehna gets busy preparing dishes for the bonfire party. While preparing in the kitchen Kanak, Hema and Sagar will manage to steal the cupboard key from Gehna.

Looking at all the daughters-in-law working together in the kitchen Jamuna (Anant’s Mother) and Praful (Anant’s father) will become happy.

Further, Sagar will steal the important file from Gehna’s cupboard. Later, Anant will be arrested for losing the file according to the future story of Saath Nibhaana Saathiya 2.

Let’s see if Gehna is able to save Anant in the future story of Saath Nibhaana Saathiya 2.

© Copyright tellybest.com, 2020, 2021. All Rights Reserved. Unauthorized use and/or duplication of any material from tellybest.com without written permission is strictly prohibited.
Cached Saved on: Wednesday 13th of October 2021 08:53:17 PMCached Disp on: Thursday 21st of October 2021 07:22:20 PM