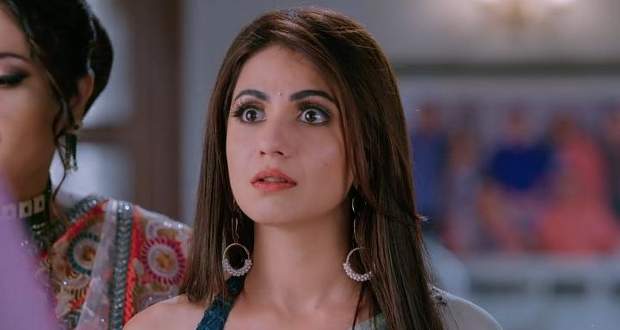 In the upcoming Saath Nibhana Saathiya 2 serial episodes, Kanak will bring in an ally to shatter the Desai family while the family will be shocked to see that person.

The current episode of SNS 2 story revolves around Anant and Gehna managing to get the property documents signed by Kanak before Hema can reveal the truth.

Further, Hema told the truth to Kanak but she didn't believe her after which Anant came there as Mr. Irani and removed his disguise to reveal the truth.

Now as per the upcoming story of Saath Nibhana Saathiya 2, Kanak will again return to Desai's house while the family members will rebuke her and will ask her why she returned.

Suddenly, Radhika will come in front of them and will reveal that she has come as Kanak's friend and will challenge Gehna that she will shatter her life in 7 days, according to the spoilers of SNS2.

Let's see what will Radhika do next in the upcoming twists of Saath Nibhana Saathiya 2 (SNS 2) future story.

© Copyright tellybest.com, 2020, 2021. All Rights Reserved. Unauthorized use and/or duplication of any material from tellybest.com without written permission is strictly prohibited.
Cached Saved on: Wednesday 13th of October 2021 11:33:54 AMCached Disp on: Thursday 21st of October 2021 08:16:46 PM