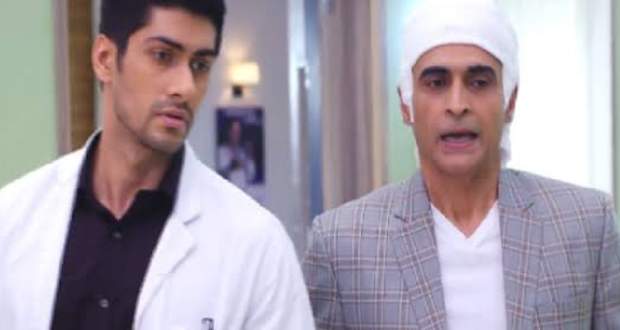 Sanjivani 2 Gossip Alert: Shashank to throw Sid out of Sanjivani

In the forthcoming episodes of Sanjivani season 2, Shashank will take a difficult decision and will decide to throw Sid out of Sanjivani hospital.

Up until now in season 2 of Sanjivani story, Vardhan has planned something evil against Sid and wants to destroy his career. He is using Asha in his plan and is also blackmailing her.

Now as per the spoiler updates of Sanjeevani 2 serial, Shashank will question Sid about what happened to him in the operation theatre.

© Copyright tellybest.com, 2018, 2019, 2020. All Rights Reserved. Unauthorized use and/or duplication of this material without written permission from tellybest.com is strictly prohibited.
Cached Saved on: Friday 2nd of October 2020 12:50:45 AM