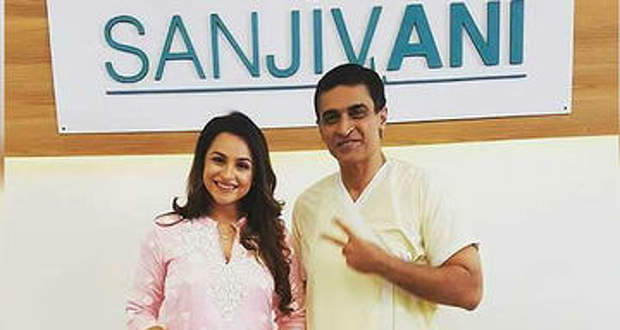 In the upcoming episodes of Sanjeevani 2 serial, Dr. Siddhant will manage to make his re-entry in Sanjivani hospital with Juhi’s help.

So far in Season 2 of Sanjivani story, Juhi returned to Sanjivani hospital to conduct the crucial brain surgery of Shashank.

The operation was successful which came as a delight for everyone in the hospital. Also, Vardhan suspended Siddhant from the hospital for his mistakes.

Now, as per the new spoilers of Sanjivani season 2 serial, Shashank will hand over the responsibilities of the hospital to Juhi.

Siddhant will then reach out to Juhi and will seek her help in canceling his suspension orders. He will manage to convince her by taking Shashank’s name.

Further, based on the gossips of Sanjivini 2 serial, Juhi will bring back Siddhant in the hospital leaving Ishani fuming in anger.

© Copyright tellybest.com, 2018 & 2019. All Rights Reserved. Unauthorized use and/or duplication of this material without written permission from tellybest.com is strictly prohibited.
Cached Saved on: Tuesday 14th of July 2020 04:31:26 PM