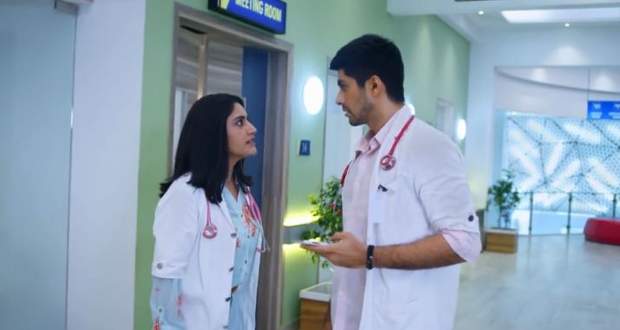 The ardent fans of season 2 of Sanjivani serial will enjoy an emotional sequence between Sid and Ishani where the guy will promise to support Ishani at every step.

So far in Sanjeevani 2 story, Vardhan created misunderstandings between Ishani and Sid by revealing Ishani’s ugly past truth.

Poor Ishani had to bear the allegations and accusations from everyone in the hospital. Sid also parted ways from Ishani.

Based on the new spoilers of Sanjivini 2 serial, Sid will finally come across Vardhan’s real evil intentions. He will figure out that Vardhan spoilt Ishani’s image deliberately.

After knowing Vardhan’s truth, Sid will decide to support Ishani during her difficult times. He will reach out to Ishani and will sort out the differences with her.

He will also promise Ishani to bring back her lost happiness and respect in the coming episodes of Sanjivani season 2 serial.

© Copyright tellybest.com, 2018 & 2019. All Rights Reserved. Unauthorized use and/or duplication of this material without written permission from tellybest.com is strictly prohibited.
Cached Saved on: Saturday 6th of June 2020 11:59:38 PMCached Disp on: Saturday 4th of July 2020 10:43:38 PM