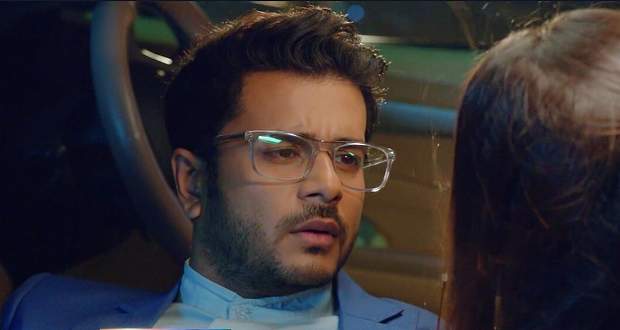 In the upcoming episodes of Sasural Genda Phool 2, Ishaan and Teetli will share a romantic moment in the car.

So far in Sasural Genda Phool Season 2’s story, Ishaan gets angry at Teetli for tearing off his family album and accuses her of not having any emotions.

Teetli does not care about Ishaan’s nagging and continues to behave rudely with the family members so that they hate her.

On the other hand, a burglar threatens Rajni to give him all the gold and money but making an opportunity Ilesh succeeds in snatching burglar's gun.

The family members continue to inquire about Teetli’s family, she tells them that her mother died when she was 12.

As for her father, she tells them that he is in jail for 15 years for a fraud case.

Now as per the gossips of SGP2, Ishaan will drop Teetli at her house in his car, Teeli will suddenly complain about the seatbelt not opening.

Ishaan will enter from her side to look into the seatbelt but will fall on Teetli’s lap fixing it.

Both will have eye contact and share an intimate and romantic moment, according to the spoilers of the serial.

Let’s see if Ishaan and Teetli will fall in love with each other in the upcoming twists of Sasural Genda Phool 2.

© Copyright tellybest.com, 2020, 2021. All Rights Reserved. Unauthorized use and/or duplication of any material from tellybest.com without written permission is strictly prohibited.
Cached Saved on: Wednesday 19th of January 2022 12:45:28 PM