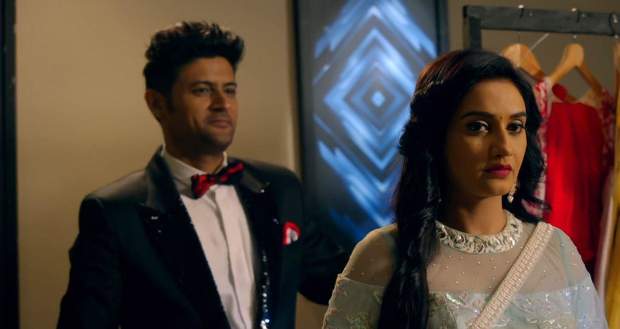 In the upcoming episodes of Star Plus’s Shaadi Mubarak serial, Preeti will feel uncomfortable after her marriage with K.T.

Up until now in Shadi Mubarak story, Nandini requested K.T to accept her as his wife but K.T denied to marry her and instead he married Preeti.

Now as per the serial gossip of Shaadi Mubarak, Nandini will make a call to Preeti and will ask her to take K.T away from her hotel room.

Meanwhile, Preeti will find K.T in a drunk state and will feel very uncomfortable after their marriage.

Nandini will further tell Preeti that K.T married her only to take his revenge according to the latest update of Shaadi-Mubarak serial.

Let’s see what will Preeti do in the future story of Shaadi Mubarak serial.

© Copyright tellybest.com, 2020, 2021. All Rights Reserved. Unauthorized use and/or duplication of any material from tellybest.com without written permission is strictly prohibited.
Cached Saved on: Tuesday 8th of June 2021 09:58:37 AMCached Disp on: Wednesday 16th of June 2021 06:02:55 AM