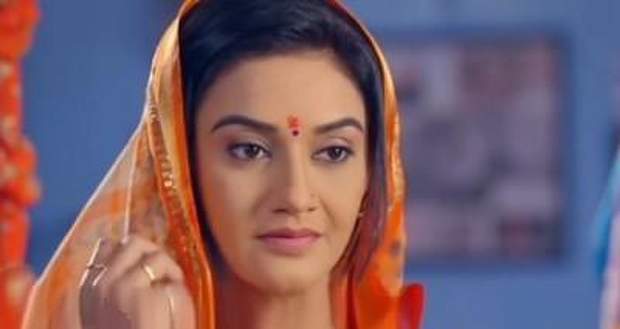 In the upcoming episodes of Star Plus’s Shaadi Mubarak serial, Preeti will support K.T in his decision of getting married to her.

Up until now in Shadi Mubarak story, Nandini requested K.T to forgive her and to accept her as his wife again.

Further, K.T put Sindoor on Preeti’s hairline and married her in front of everyone.

Now based on the serial gossip of Shaadi Mubarak, Tarun and Rati will be against of Preeti getting married at an older age, while Preeti will not listen to them.

She will support K.T’s idea of getting married to her and will take a stand for him in front of everyone.

Meanwhile, Nandini will try to think of any other plan of getting K.T trapped according to the latest update of Shaadi-Mubarak serial.

Let’s see if K.T’s family will accept Preeti as daughter-in-law or not in the future story of Shaadi Mubarak serial.