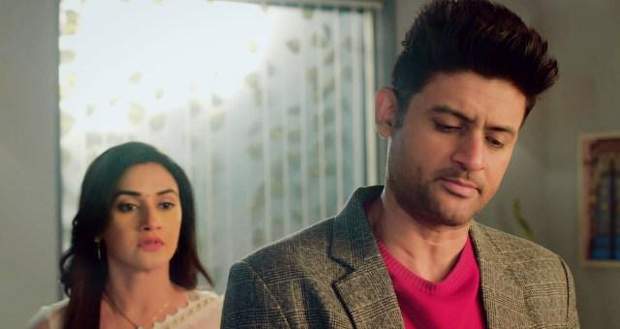 In the future episodes of Shaadi Mubarak (शादी मुबारक), K.T. will misunderstand Purti and will think she is kidnapping Preeti.

Up until now in Shaadi Mubarak story, Preeti lies to Kushala that she is pregnant. Preeti tries to console K.T. for surrogacy to which he agrees positively for the sake of her happiness.

Meanwhile, Preeti gets worried due to Purti’s action of consuming alcohol. Purti then makes a firm decision on Preeti’s request not to drink beer for the next nine months till the delivery of the baby.

Now as per the latest twist of Shaadi Mubarak, Preeti and Purti will be having street food and while eating Preeti will fall unconscious.

K.T. will recognize Preeti from far away and rush to save her but Purti will support Preeti and take her to hospital.

However, while doing so K.T. will misunderstand Purti and will think that she is kidnapping Preeti according to the gossip alert of Shaadi Mubarak story.

Let’s see how K.T. reacts when he knows Purti will be his child’s surrogate in the future story of Shaadi Mubarak.

© Copyright tellybest.com, 2020, 2021. All Rights Reserved. Unauthorized use and/or duplication of any material from tellybest.com without written permission is strictly prohibited.
Cached Saved on: Tuesday 18th of May 2021 04:07:32 PM