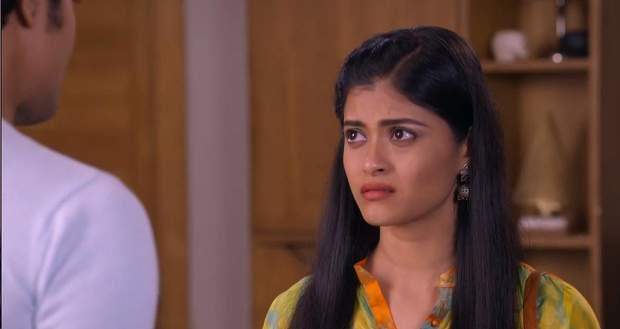 In the future episode of Shaadi Mubarak, Priyanka (Aleya Ghosh) will be doubting Foorti as she sees the divine nariyal that Kushala brought for Preeti (Rati Pandey)  is used by Foorti.

Up until now in Shaadi Mubarak story, Preeti and K.T. are trying their best to hide the surrogacy truth from the family.

Further, Priyanka will follow the person who came out of Foorti’s room early in the morning but will be unable to know who it was.

Priyanka will be suspecting Neil as things are not going well between them. While doing so, she will come to know that Foorti is using the things brought for Preeti.

She will come along with Kushala to Foorti’s room and ask her where she has hidden the divine nariyal.

Later, Preeti will be seen in the hospital for her Kemo therapy and unknowingly K.T. comforts her with his words.

Let’s see what will happen in the future story of Shaadi Mubarak (शादी मुबारक़).