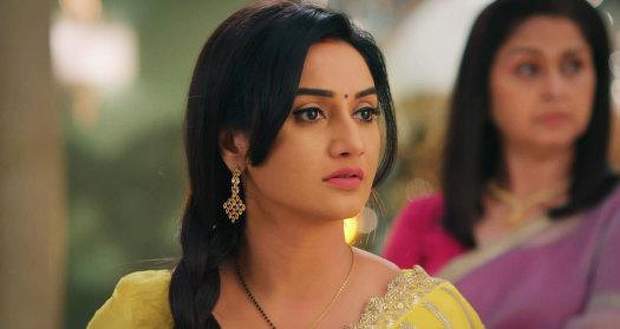 In the future episode of Shaadi Mubarak (शादी मुबारक़), Purti (Dnyanada Ramtirthkar) will be seen arriving at Tibrewal’s mansion and everyone will be shocked.

Up until now in Shaadi Mubarak story, Kushala comes to the hospital to collect some evidence but Purti bumps into her while walking and the files get exchanged. Preeti hides her cancer truth from K.T.

Further, Preeti became happy to know that the surrogacy procedure went successful and Purti is having her and K.T.’s child in the womb.

Now as per the serial gossips of Shaadi Mubarak, Preeti will then decide that she, K.T., along with Purti will go to London for the next nine months.

Later, when Kushala will come to know about it she will take the decision that instead of Purti she will go along with K.T. and Preeti to London.

Purti will think that Preeti is making her fool and leaving her with their child. So, she will be going to Tibrewal’s mansion according to the gossip alert of Shaadi Mubarak story.

Let’s see how will Preeti and K.T. deal with the situation in the future story of Shaadi Mubarak.