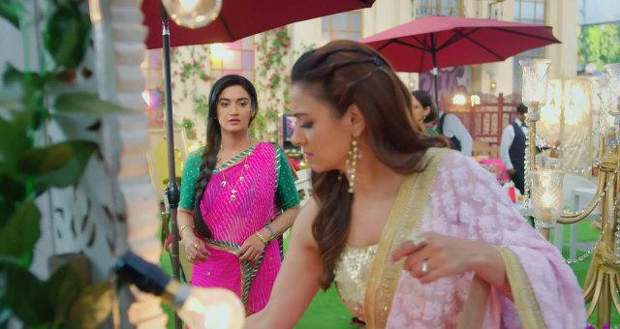 In the upcoming episodes of Shaadi Mubarak serial, Preeti (Rati Pandey) will learn about Nandini's real motive which is to make KT (Manav Gohil) kill himself.

So far in Shaadi Mubarak story, KT surprised Preeti with a Kulfi and both of them spent some quality time together.

Further, Nandini played an evil trick on Juhi which made Juhi stand as a culprit in front of Tibrewals.

Later, Nandini asked Preeti to sign the divorce papers if she wants Juhi to be saved from the blame.

From the latest news of Shaadi Mubarak, Preeti will dig out Nandini's real purpose of coming back to KT after 17 years.

Meanwhile, Preeti will learn that Nandini wants revenge from KT which is to make him commit suicide.

Further, Preeti will place all her efforts in saving KT from Nandini's wicked plan according to the spoiler updates of Shaadi Mubarak.

Let's see if Preeti saves KT from the danger or not in the future story of Shaadi Mubarak.

© Copyright tellybest.com, 2020, 2021. All Rights Reserved. Unauthorized use and/or duplication of any material from tellybest.com without written permission is strictly prohibited.
Cached Saved on: Saturday 31st of July 2021 01:12:06 AMCached Disp on: Sunday 1st of August 2021 06:32:52 AM