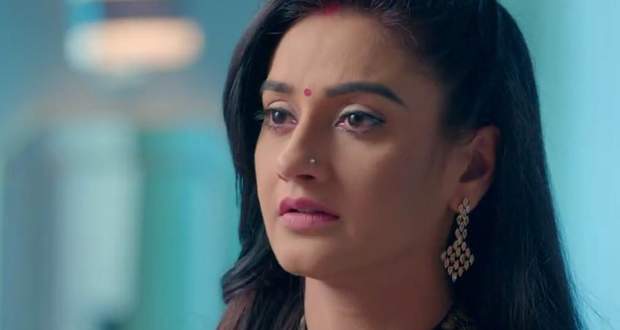 In the forthcoming episodes of Shaadi Mubarak serial, Preeti will confront K.T if he still loves Nandani or not and will get a heartbreaking answer.

The current story of Shaadi Mubarak revolves around Nandani telling K.T and Preeti to kiss each other but Preeti running away from the situation.

Further, Nandani humiliated K.T in front of everyone telling him that his marriage with Preeti is fake.

Now as per the spoiler alerts of Shaadi Mubarak serial, Nandani will do a drama in front of Preeti and will tell her that she only wants K.T's love and acceptance.

Preeti will tell Nandani with a sad heart that K.T only loves her and will decide to leave him according to the recent gossips of Shaadi Mubarak serial.

With this bold decision in mind, let's see what will be Preeti's next step in the upcoming story of Shaadi Mubarak.

© Copyright tellybest.com, 2020, 2021. All Rights Reserved. Unauthorized use and/or duplication of any material from tellybest.com without written permission is strictly prohibited.
Cached Saved on: Friday 23rd of July 2021 10:22:22 PM