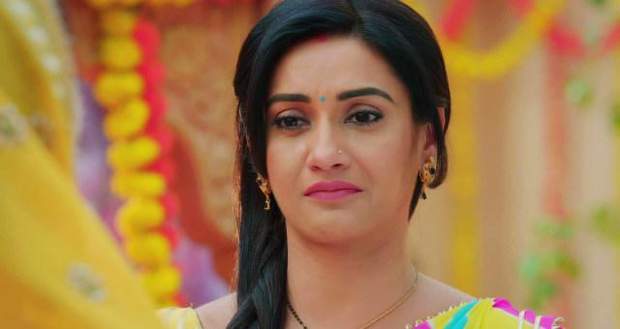 In the upcoming episodes of Shaadi Mubarak, Preeti (Rati Pandey) will learn that she can’t be a mother ever as she has ovarian cancer and will get Purti's help.

Up until now in Shaadi Mubarak story, K.T.’s mother keeps fast for Preeti’s future child and takes all the precautions so that Preeti can conceive K.T.’s child.

Meanwhile, Purti is very upset as her roommate runs away with all the money that she saved to complete her dream to go to London.

Now as per the serial gossip update of Shaadi Mubarak, Preeti will come to know that she cannot conceive a baby due to ovarian cancer and she has very little time remaining with her.

Further, Preeti will ask Purti for help and she will be ready to help Preeti and KT to become parents according to the latest twists of Shaadi Mubarak serial.

Let’s see how K.T. reacts to this in the future story of Shaadi Mubarak.